HomeGamingEpic deactivates several Fornite emotes on the occasion of the Martin Luther...
Gaming 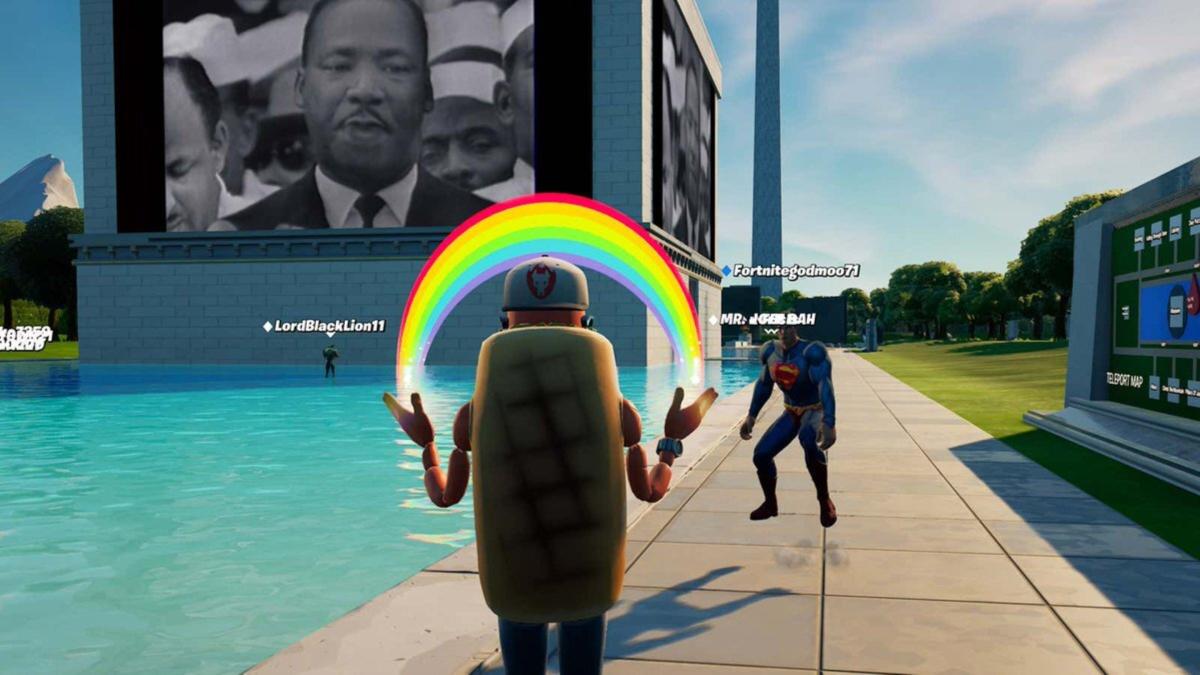 Epic Games has decided to deactivate all Fortnite emotes, except for 8, in the “March through time” event. Now only those that are protests will be allowed.

Epic games had a great idea, adding an interactive museum of Martin Luther King, Jr. in Fortnite. At first it was not a bad idea, civil conscience against racism with some prepared emotes, only it also left the player use any of the ones you already had; Epic has disabled all but eight.

This has been, as you can imagine, a debacle that ended in somewhat compromising situations in the game. It is understandable then that Epic games has decided to take action in this way, leaving only the special event emotes.

The March Through Time event is a interactive museum created in collaboration with Epic and Time Magazine. Although it may seem like a good idea, there is no doubt that it is a bit weird, especially since players can go to listen to King’s speech with skins of Superman, Rick Sanchez, etc..

The famous speech “I have a dream” has given rise to bizarre situations like the one we told you before. To top it all, adding more fuel to the fire, the screen where the speech is broadcast is located in a considerably large pool.

If you need the fastest and most stable connection possible when playing games, here you can consult a list of top-level gaming routers.

That’s why yesterday, Epic Games via Twitter advertised having disabled all emotes during the experience March through time. The only exceptions are the 8 emotes that Epic included as part of the same event, some sit down and protest, among others.

The reactions of the community have been diverse, some fans are angry that Epic even allowed the emotes during the event. Others are confused by the fact that a damage check was done on the problem two days later.

All emotes have been disabled in the March Through Time experience except the 8 that are part of the experience. pic.twitter.com/XQZMX1ABYP

Epic has already disabled some toxic emotes, including one throwing tomatoes that was used at the start of the event. So it seems that they were aware of the use of problematic emotes, making it even weirder that they waited a “reasonable” time to take action.

The Epic CEO Tim Sweeny, stated that the study built the event using “everything learned at the We the People event“Although, if we consider that the emotes also gave problems in that event, put to think bad …

Magic announces limited sets of Fortnite, Street Fighter and The Lord of the Rings

If Epic Games is still planning this kind of serious and educational events in FortniteThey should do it in a somewhat special way; without these paraphernalia. That would muddy the peace of the game, sure, but you have to know the moments to laugh and to take it seriously.

In Kotaku they comment that they have contacted Epic Games on this emote deactivation and if in future game events there will be a widespread use of them. To top it all, Microsoft joined Epic by lowering the Windows Store commission from 30% to 12%.