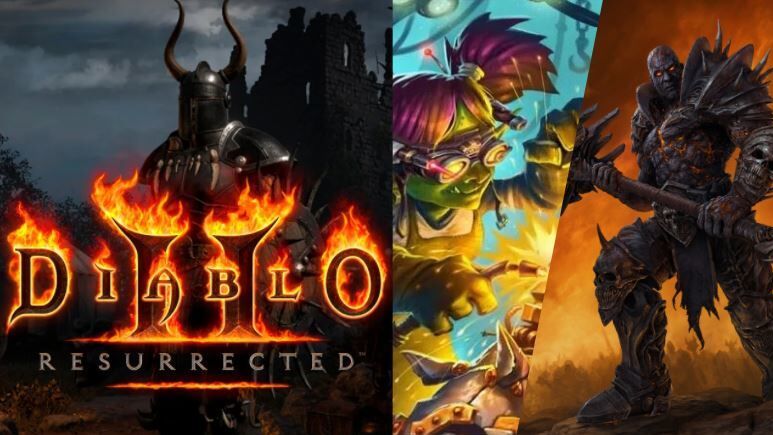 Long lines, giant screens, the best cosplays of the year … All those elements so closely linked to video game conventions have been exchanged for a soda and a sofa.. The virtuality of BlizzCon 2021 has been a major blow for all those fans who were looking forward to one of the most relevant events in the industry.

However, Blizzard has tried to be as true to its style as possible, with a very full schedule that has allowed its fans to follow the convention. The truth is that The community has not been entirely happy, as the company has prioritized reliving past successes to a greater extent, through new deliveries and updates, than in launching new concepts.

BlizzCon Day 1 could be summed up in 4 big headlines: Diablo II: Resurrected, DLC for HearthStone, World of Warcraft: Shadowlands update, and general fan disappointment. Each section is as important as the previous one, as all of them have contributed to the climate of disenchantment that fills social networks during the hours after the end of the event.

“The game that defined a genre”, so began the trailer for Diablo 2: Resurrected, with a statement whose credibility has been shaped over two decades. The Diablo saga will receive a new installment throughout 2021, with no specific date yet. The mythical PC video game will go beyond the platform and also reach consoles; Xbox One, Xbox Series X / S, PS4, PS5, and Nintendo Switch.

As you might expect, the graphics will undergo a tremendous renovation, which should not hide the fact that it is a remastering. As specified at BlizzCon 2021, the new version will feature almost half an hour of inditas cinematics that will allow to renew a title with so much history behind it.

In October 2020 Shadowlands was released as the eighth expansion to the mass video game World of Warcraft, and BlizzCon 2021 announced its first update. These shadow lands were announced at BlizzCon 2019 amid cheers, applause, and a happy atmosphere with no safe distance. However, years later its first update has arrived and it has gone almost unnoticed.

BlizzCon 2021 Day 1 has passed with a most prevalent concept, which has been on the lips of almost every presenter: “classic”. Although this adjective is generally received with enthusiasm by the audience, its excessive exploitation can generate the opposite effect, ending up tiring a mass of users eager for new video games in which to invest their time.

The announced HearthStone expansion is called “Forged in the Tiles” and will be accompanied by new content. In addition, Blizzard has presented the option to recover the graphics of the 2014 game, as a skin for the interface.

For the next few days, mainly news from Overwatch, one of the few Blizzard titles that have been discriminated against by Day 1 of BlizzCon 2021. Saturday and Sunday can still serve the American company to compensate all its fans, who have ended up impaled with so much “classic” concept.