HomeCelebrityAnne Hathaway on a banknote: artist presents what Genovia's money would look...
Celebrity

Anne Hathaway on a banknote: artist presents what Genovia’s money would look like in reality | TV and Show 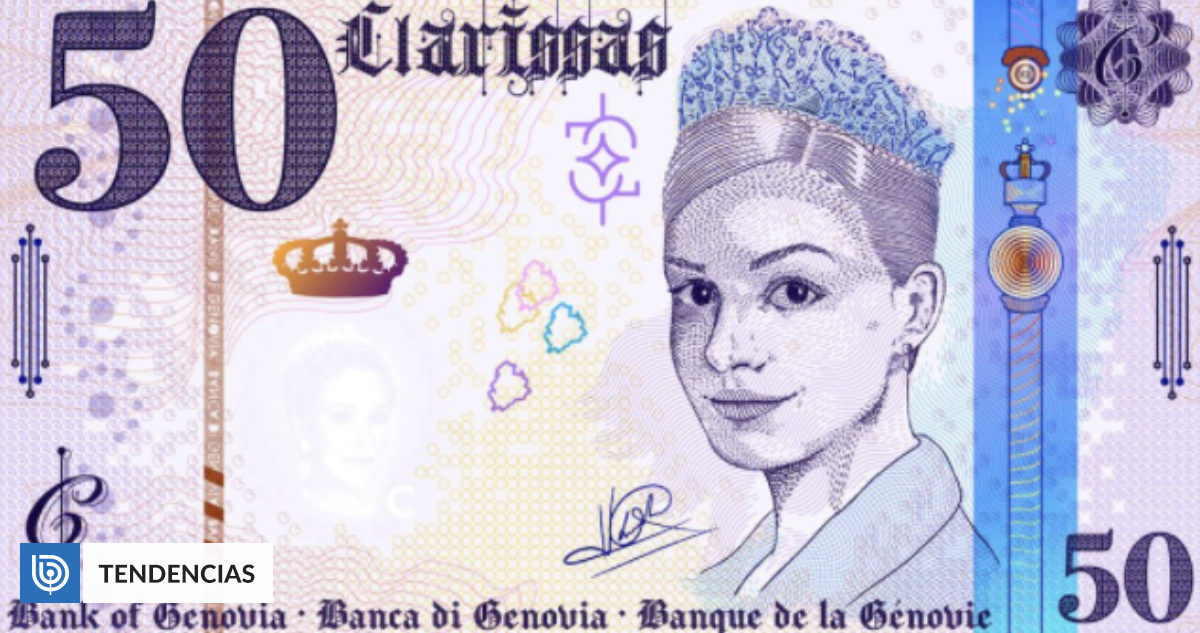 One of the most remembered roles of the actress Anne Hathaway, who has played a wide variety of characters in the film industry, is undoubtedly the one of Mia thermopolis, the protagonist of “The princess’s Diary”.

After its release in 2001, the film became one of the highest grossing of those years. In it, Hathaway’s character discovers that his grandmother is the queen. Clarisse renaldi of the kingdom of Genovia, a fictional European state, and who is a crown princess to the throne.

It is a film that Disney audiences loved at the time, including an artist on Instagram who calls himself “Juanmo”, who decided to create a bill based on Mia Thermopolis.

On his Instagram account, “Juanmo” pointed out that he made this banknote design based on the film as part of a project for his master’s degree at the Casa de la Moneda in Spain, where one of his subjects consisted of design valuable documents.

The result was a fictional banknote starring Anne Hathaway from what would money be like in Genovia if it existed or if a third film were to be produced.

In its Twitter thread, the user explained the step by step of the ticket creation and he explained why of some design decisions when creating it.


The first thing he did was sketch the bill and color selection, in this case the lilac. “In the banknotes the inks are layered and have limitations” explained the user, since “They must be complicated to falsify”added.

Another security measure is the chalcography, which is only on the front and has relief so that it is perceptible to the touch. “The portrait of the monarch Reina Mia is made with a burin, as is usually done, but very simple because I do not control it,” said Juanmo.

After this comes the “Offset”, an additional security measure that is used to shape the bottoms of the banknotes, this does not leave relief and with it various security designs are stamped. “The pear takes all the leading role and is full of security plots and micro-texts,” said the author.

The result of all this work is an elaborate Genovia ticket with all the security filters necessary for do not be counterfeit.

“Well, that was it. I hope you liked it and Disney, if you need a ticket for the third film, here I am ”concluded the creator of the artistic piece.

Before showing the whole process behind generating a ticket (which I find super interesting because I am a freak), I leave you the reason for some stylistic and graphic decisions🍐✨ pic.twitter.com/nlKFDW1mdF