Halloween 2021: Costume trends are fueled by Netflix, Disney, and royalty 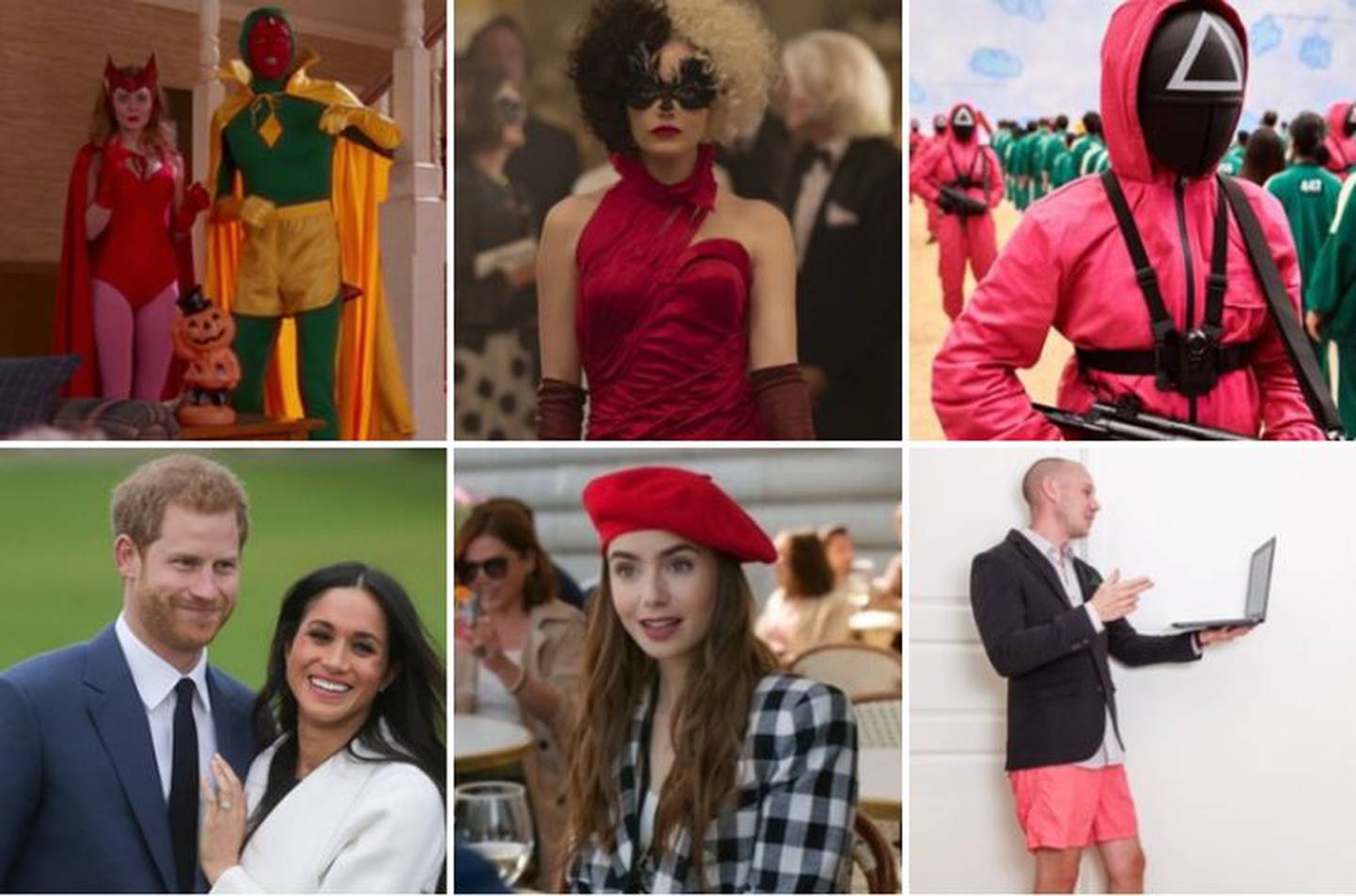 Forget about The Money Heist, that this 2021 the most wanted costumes for Halloween have to do with The squid game, the series that Netflix positioned in the last month in the highest consumption of its millions of subscribers in the world.

Thanks to its colorful and simple aesthetics, in addition to its popularity, the bloody South Korean production is placed at the forefront as the main source of inspiration for those who are already thinking about what they will dress up at the end of this month of October.

This text is not intended to serve as an invitation for you to go willingly (and irresponsibly) to go partying for Halloween: remember that we are still in a pandemic and that the celebrations of people who are not part of the same social bubble are a risk to health, yours and others. However, at the same time it is inevitable to note that the world will experience, in its own way, Halloween (or the Masquerade, if you prefer), so let’s review what the trends set for the season costumes.

South Korean production The Squid Game It is a rich source of inspiration to come up with an eye-catching costume, since in addition to being creepy it has the advantage that most of the costumes of its characters are quite easy to reproduce.

If you want to dress up as one of the hapless participants in the game, you only need a green jumpsuit with white stripes on the sides and a number from 001 to 456 in white on the heart-side chest and back, as well as white sneakers. If you’d rather be one of the guards or watchers, you can recycle a Red Mugger Jumpsuit from The Money Heist (although the tone is a little different) and use it to become one of the guardians of the South Korean series. You just have to add a black sash and tennis shoes. Of course, the mask, according to the rank, is essential to achieve the character, but do not worry because on YouTube you will find a lot of tutorials to recreate at home the masks that are used by both the guards and, if you prefer, that of the host or even vip guests for the grand finale.

Special mention deserves this malevolent giant doll that is one of the most distinctive characters of The Squid Game and that is part of the first chapter, in the game Red light green light.

Recreating the terrifying Chantal, the name of the robot doll, is a simple task, you only need a bright yellow t-shirt with round lapels, a little orange one-piece dress, white knee-high stockings and shoes black school guy. It is essential to tie the hair with two ponytails held with purple balls on each side at the bottom of the head, as well as to use bangs and a purple press on the left side of the forehead. Makeup should be understated with a little blush on the cheeks, slightly red lips, and strong eyeliner. In this costume, people will be immobile in your wake.

One of the costumes that you can make in coordination with your partner is that of the Dukes of Sussex. For more than a year, Prince Harry and his wife, Meghan Markle have dominated the headlines one day and the next. Their names were included in the list of the 100 most influential people of the magazine Time and his popularity seems to be in one of his best moments.

To dress up as this media couple, all you need is a full suit for him with a modern cut and an elegant and sober suit for her, extra points if you get a headdress that will give you additional distinction. But without a doubt, the most important thing is a personality full of security and self-confidence. To eat the world.

One of the most famous villains told her origins in the recent Disney film that bears her name and starring Emma Stone. Cruella de Vil’s wardrobe is one of the aspects that garnered the highest praise after its premiere in the middle of this year. Although some of the costumes are unrepeatable in real life, they do serve as inspiration for dressing up this year. The main thing is to have a wig with black and white hair and you can wear a long red dress, a black mask and crimson gloves, all combined with a winning attitude.

The pandemic brought us teleworking and this modality accustomed us to virtual meetings, both at work and with friends. Because those on the other side of the screen can typically only see our upper body, many choose to dress formally from the waist up. So in honor of this experience, you can find your best outfits for the top and combine them with shorts or shorts, and even sandals or tennis shoes. Any similarity to real life is not a coincidence.

When the series Queen’s gambit premiered at the end of October 2020 on Netflix, few imagined the cultural phenomenon it was going to become. The production features Beth Harmon, an international chess star played by Anya Taylor-Joy, who is characterized by her understated style of dress, typical of the 1950s and 1960s. Although she presents various costumes throughout the series One of the most representative is the navy blue dress with round white lapels and, of course, her reddish almost orange hair.

At this year’s Oscars, the film Beautiful Revenge (Promising Young Woman) was one of the strongest contenders and, in fact, won the statuette for best original screenplay for the story of Cassie, who we see on a mission to collect the death of her best friend. Her nurse / dancer outfit, towards the end of the film, has become part of pop culture and a symbol of sisterhood. You just need to get a white dress, add a red trim on the neck and sleeves, a red zipper in the front, and a little heart on the left side. Complete the look in a multi-colored wig and a nurse’s hat with a red cross.

On December 22, the long-awaited second season of the Netflix series will premiere Emily in Paris, starring Lily Collins. While that day arrives, you can pay tribute to your protagonist with a suit that embodies the whole essence of the French capital. The possibilities are limitless, but one of the most iconic includes, of course, a beret, a short dress, a long coat and ankle boots, to show off the most chic possible. A must have lipstick with intense tones and long, wavy hair. Ooh la la!

This costume is simpler than getting back with the ex. The reunion of one of the most popular couples made the headlines this year. Jennifer López and Ben Affleck starred in the commented Bennifer 2.0 in this 2021.

This is another idea to dress up as a couple for Halloween and easy to solve even at the last minute. One of the most memorable images was the couple’s walk through the Hamptons the previous July and dressed in full coordination in different shades of beige. In Ben’s case, only khaki pants, a light beige sweatshirt and white sneakers are required. Bonus points if you sport a neat beard. For him look For Jennifer, you must wear loose, light beige trousers and blouse, with a black cord tied at the waist and white tennis shoes as well. And ready! The paparazzi are waiting for you.

This is another costume idea for couples. The Disney + series WandaVision It is one of the most successful of the year. One of the most popular costumes used by these characters corresponds to the chapter dedicated to Halloween and, therefore, it has become one of the favorite costumes of the year.

In the case of Wanda Maximoff, who dresses as a scarlet witch, she requires a scarlet lycra, with a red bathing suit on top, high red boots and a red cape. Perhaps the most difficult thing is to recreate the crown that you wear around your face, but on YouTube you will find videos to make it at home in a matter of minutes, with templates included. For its part, the suit of his partner Vision is also quite simple. All you need is a tight green shirt, a spandex of the same color and complement them with baggy shorts, gloves, tennis and a cape, all in yellow.