HomeCelebritygemini project and other Hollywood films recorded in Colombia - Cinema and...
Celebrity 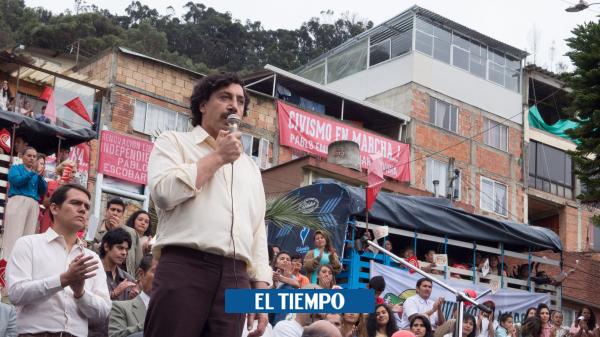 The Law 1556, known as the Filming Law in Colombia, is responsible for hollywood megastars as Charlize Theron, Nicolas Cage, Will Smith, Javier Bardem, Penélope Cruz, Mark Wahlberg and Antonio Banderas have set foot on Colombian soil to participate in different shootings.

The law grants tax benefits to locals and foreigners for filming in Colombia: return of 40 percent of the value of the expense made by production companies in contracting national pre-production, production and post-production services; and an additional 20 percent for expenses in hotels, food and transportation.

The visit of Will Smith Cartagena was the sensation with the filming of this film by director Ang Lee. Many in the sector consider it to be the best tourism campaign the country could have. “With 31 million followers on Instagram, can you imagine the impact that the actor may have when he publishes a video dancing in Getsemani”, commented Claudia Triana, director of Proim Images.

The actor was in the walled city for a month in 2018. The historic center was the scene of the action scenes.

Scene from ‘Gemini Project’, with Will Smith, in Cartagena

Although this story had a tragic tinge – a plane crashed during production and its two crew members died – Tom Cruise’s visit generated commotion in Medellín and Santa Marta, which were the locations of the film. The film tells the life of a CIA (Central Intelligence Agency) agent who was a pilot of Pablo Escobar.

A look at the real drama of a group of Chilean miners who were trapped for 69 days underground. It features the performances of Antonio Banderas, Juliette Binoche and Adriana Barraza. It was shot at the Nemocón mine.

Sarah and Paul Harriman and their little daughter, Hannah, leave their lives in London behind and settle in a colonial house at the foot of the Colombian jungle to take over the family business, owned by Sarah’s father. They will soon discover that their new home is frequented by mysterious children. It was shot in Honda.

Daniel Radcliffe, the famous Briton who played Harry Potter in eight films, came to the country to play the adventurer Yossi Ghinsberg who got lost in the Amazon in the mid-80s. Literally, the interpreter immersed himself in a mighty Cundinamarca river to achieve the best action sequences of the film ‘Jungla’, which can be seen on the movie theaters.

“Colombia was incredible, I have never filmed in a place as exotic as this. It was challenging, sometimes because of the terrain, but it was worth it. I should especially mention during our stay in Colombia the safety team that supported us on the river: they are all rafting champions, great treasures, “said Radcliffe in an interview.
The filming of ‘Jungla’ took place in Bogotá, Villeta and Sasaima.

Action film starring Freida Pinto and Mickey Rourke, and shot in Choachí (Cundinamarca), La Calera and Bogotá. In the film, three people are involved in a dangerous game full of violence.

Based on a book of the same name, it stars the Spaniard Mario Casas. In Colombia it was filmed in Cesar, Santa Marta and Bahía Solano. It is a love story that takes place in Spanish Equatorial Guinea. Produced by Nostromo Pictures with Dynamo.

Javier Bardem and Penelope Cruz They arrived in Colombia in October 2016 to shoot the film by León de Aranoa, also responsible for the script, which tells the rise and fall of the famous drug trafficker and multimillionaire Paisa, who is accused of more than a thousand murders. The film also includes the sentimental relationship that the most dangerous Colombian drug trafficker of all time had between 1982 and 1987 with the journalist and popular television presenter from that country Virginia Vallejo.

At the filming of ‘American Made’ in Medellín, actor Tom Cruise arrived piloting his own plane.

In 2018, the Oscar nominee Mark Wahlberg he toured the streets of Bogotá and Puerto Boyacá as part of the filming of Peter Berg’s action date, ‘Milla 22’.

This series, produced by Netflix, focuses on the power of the drug trafficking business, seen from the history of some of its most important bosses. Starring Wagner Moure (‘Elite Troop’), in the role of Pablo Escobar and Chilean Pedro Pascal, who was part of the fourth season of the ‘Game of Thrones’ series. Directed by José Padilha (‘Elite Troop’ and ‘Robocop’).