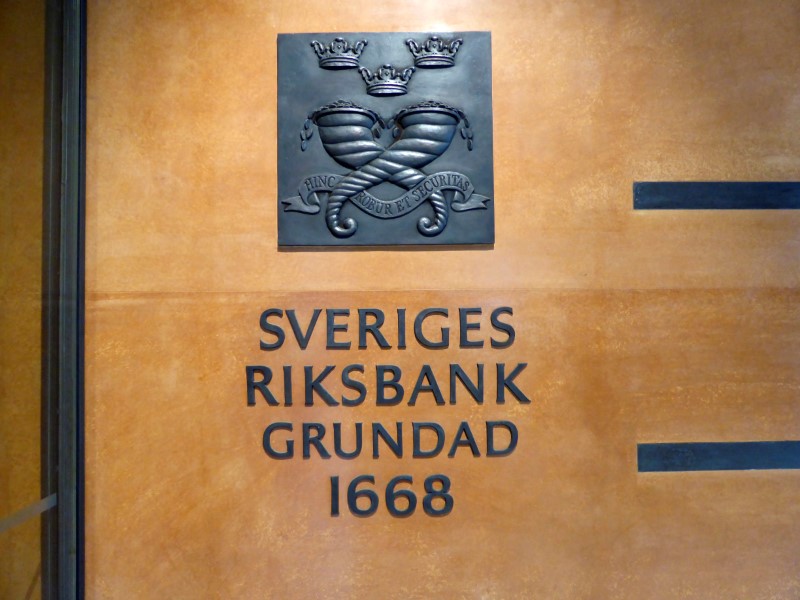 Investing.com – The governor of the Swedish central bank is skeptical and predicts an imminent crash for the mother of all cryptocurrencies.

At a banking conference in Stockholm, Stefan Ingves said that private currencies such as Bitcoin and other cryptocurrencies “usually collapse sooner or later”. That is because they do not enjoy any support from a state.

Ingves says that you can get rich by trading Bitcoin, but it is more like trading postage stamps.

The Riksbank is currently investigating the possibility of issuing a digital alternative to cash, a so-called e-krona. Just like cash, the e-krona would be issued by the Riksbank and be available to the general public. So far, however, no final decision has been made on the issue of a so-called CBDC.

Bitcoin started an impressive rally last December, with the world’s most important cryptocurrency by market capitalization exploding from $ 17,000 to $ 64,700 in five months. This was followed by a steep corrective move that saw BTC plummet by more than $ 35,000. After a short consolidation phase in the range of 30,000 dollars, new buyers were found who allowed Bitcoin to rise again to 50,000 dollars. It is currently trading around the $ 45,000 mark.

Bitcoin’s advantages are obvious: the limited number leads to strong increases in value. It is also a decentralized currency that promises anonymity and independence from banks and other institutions. At the same time, however, it is also a very risky and volatile speculative object, which so far has only been shown in. Bitcoin has not yet found its way into the mainstream. However, with the approval of a Bitcoin ETF, crypto investors are hoping for their entry into the general public. The US Securities and Exchange Commission recently postponed its decision on VanEck’s Bitcoin ETF until November 14th.

The President of Ireland’s Central Bank, Gabriel Makhlouf, made a similar statement. Earlier this year, he declined to invest personal wealth in cryptocurrencies, comparing it to those who “put money in tulips because they thought it was an investment.”


Other central bankers are a little more optimistic about the rise of cryptocurrencies. Benoît Cœuré, head of the innovation center of the Bank for International Settlements (BIS), sees cryptocurrencies as a threat to conventional banking models.

“Stablecoins are knocking on the door asking for regulatory approval. Decentralized financial platforms (DeFi) are challenging traditional financial intermediation. They all raise different regulatory questions that need to be answered quickly and consistently. Global stablecoins, DeFi platforms and large technology companies are becoming definitely challenge the business models of banks. “

According to Cœuré, central banks must act now to develop and deploy their own digital currencies.

“CBDC (Central Bank Digital Currencies) will be part of the solution. A well-designed CBDC will be a secure and neutral payment and settlement instrument and serve as a common interoperable platform around which the new payments ecosystem can be organized … The goal of a CBDC is ultimately about preserving the best elements of our current systems while creating a safe space for tomorrow’s innovations. To do this, central banks must act while the existing system is still intact – and act now. “

“As soon as the investigation phase is over, we will decide whether we should start developing a digital euro,” was the answer at the time with a view to the project, the digital central bank money, also called Central Bank Digital Currency (CBDC), through its paces should check.