A message that the US retail giant Walmart wants to accept payments with the crypto currency Litecoin in the future caused its price to jump briefly by around 20 percent on Monday. In the meantime, a Walmart spokesman has denied the message. Not only at Litecoin itself, then, disillusionment spreads.

In a press release from the portal globalnewswire.com There is talk of a partnership between Walmart and the Litecoin network. The e-commerce giant wants to “give millions of customers around the world the opportunity to make convenient payments with crypto currencies,” it says.

It is now clear that the message is incorrect information. A Walmart spokesman dismissed them as “not authentic”. In other words: fake news.

Litecoin – with a market cap of 12.2 billion dollars, the 14th largest crypto currency in the world – has meanwhile shot up by around 20 percent, but had to give up the profit within a very short time after the denial. The coin is currently trading around four percent in the red. 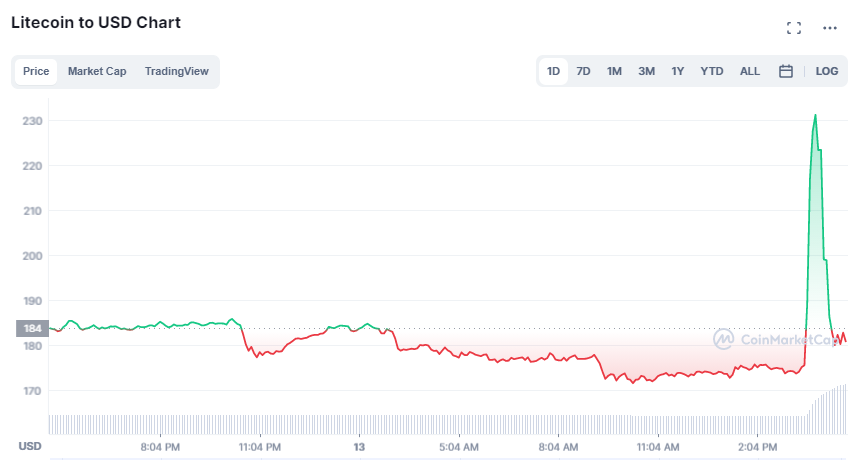 This is also causing uncertainty in the rest of the crypto market. In the already weak market environment, many coins increase their losses. With a minus of more than four percent, Bitcoin briefly fell below the $ 44,000 mark in the afternoon.


After the sharp correction in the previous week, the chart of the digital reserve currency threatens to deteriorate further in the short term. However, it is still doing better than the overall market, whose market cap falls by around six percent over a 24-hour period.

The crypto market is once again particularly busy these days. Long-term oriented Bitcoin investors should not be disturbed by short-term effects such as the current price setback and the Walmart fake news about Litecoin. We remain bullish for the long term.

The chairman of the board and majority owner of the publisher Börsenmedien AG, Mr. Bernd Förtsch, has taken direct and indirect positions on the following financial instruments mentioned in the publication or related derivatives that benefit from any price development resulting from the publication: Bitcoin, Litecoin.