HomeNewsLondon upgrade has not yet had a deflationary effect
News

London upgrade has not yet had a deflationary effect

The London upgrade of the Ethereum blockchain a month ago took effect. While deflation has not yet occurred, as many expected, inflation has been slowed down. That comes from a new report that the Huobi Research Institute around Li Lianxuan has published. As can be seen from the name, the research center belongs to the listed Huobi group, which operates a large crypto exchange.

The long-awaited London upgrade, which mainly included EIP-1559, “did not cause deflation in Ethereum, but it did manage to slow inflation considering the daily output and burn of Ethereum,” it says Report. In general, EIP-1559 at Ethereum ensures that fewer new ETH tokens come onto the market because there are now token burns. So far, however, this has not caused deflation.

That However, the Huobi Research Institute observes other effects in its analysis. After the London upgrade, for example, the amount of new ETH on the market has fallen significantly, and the transaction fees are no longer subject to as strong fluctuations as before: 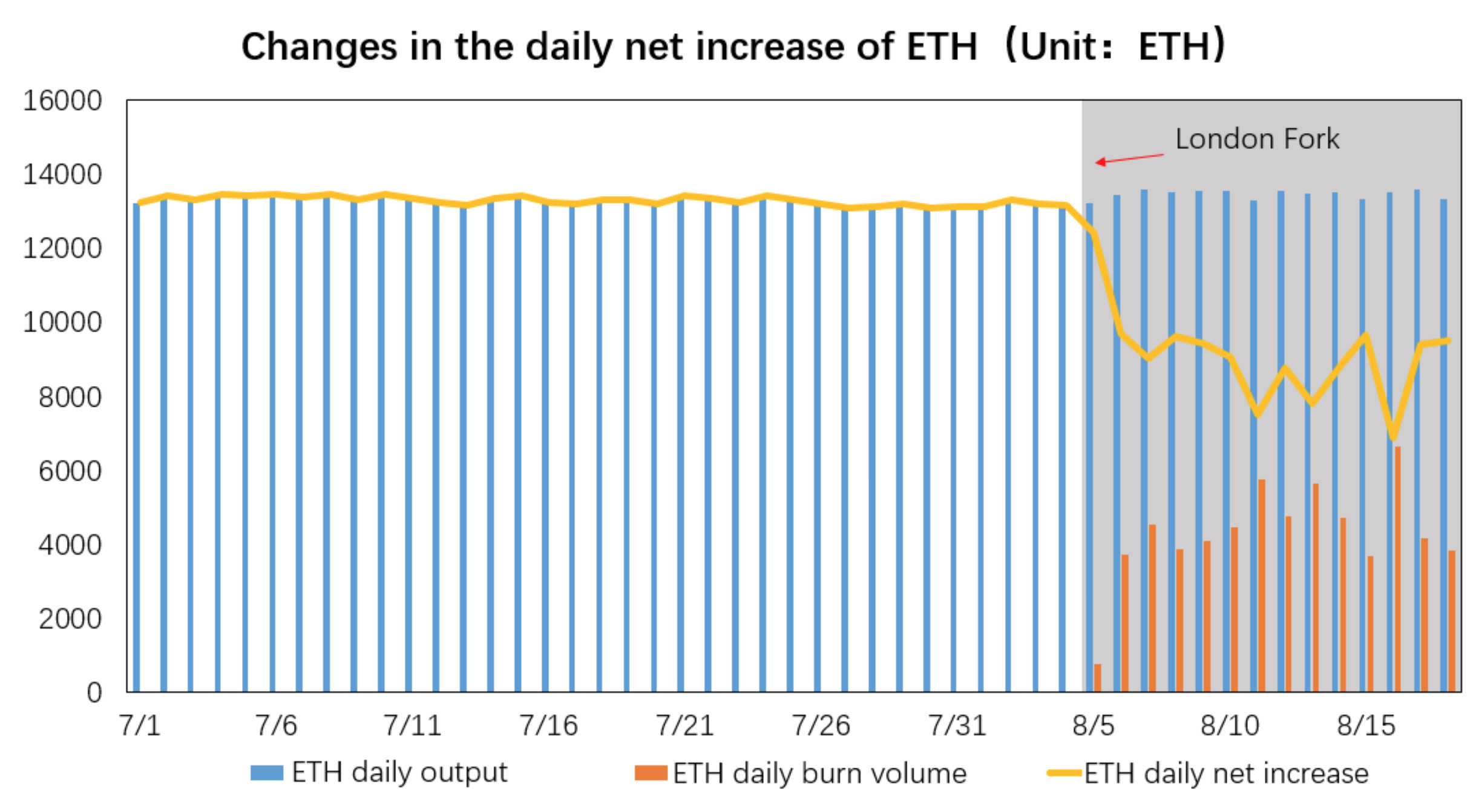 
“First, the Ethereum network fees have not decreased significantly. This is because the “tax distortion” model proposed by market observers does not apply to the gas trading market and the motivation behind EIP-1559 was to improve efficiency, not lower prices, ”the report said .

He continues: “Second, EIP-1559 can help resolve transaction congestion problems. Since the London Fork, the block capacity has increased significantly, which can alleviate the problems with transaction bottlenecks to a certain extent. The main reason for the increase in block capacity is the price formula for the basic fee, which increased the average block utilization from 50% to 51.7%. “

It will be really exciting again when Ethereum is completely converted to its version 2.0 and thus switches from Proof of Work to Proof of Stake and creates many more transactions than today via shardchains. This could then have a significant impact on the network and the pricing of ETH.