HomeNewsBitcoin: Course is fighting for the 200-day trend - Ukraine legalizes and...
News

Bitcoin: Course is fighting for the 200-day trend – Ukraine legalizes and regulates Bitcoin

After the market-shaking crash at the beginning of the week, Bitcoin continues to struggle to defend important trend indicators. Since the 18 percent correction and the subsequent recapture of the 200-day trend, the price has been hanging around this and trying to confirm this support zone, which has not yet been sustained.

The 21-week long-term trend had been shown to be important support in the $ 42,000 area, but final confirmation by closing the weekly candle above it is also pending. 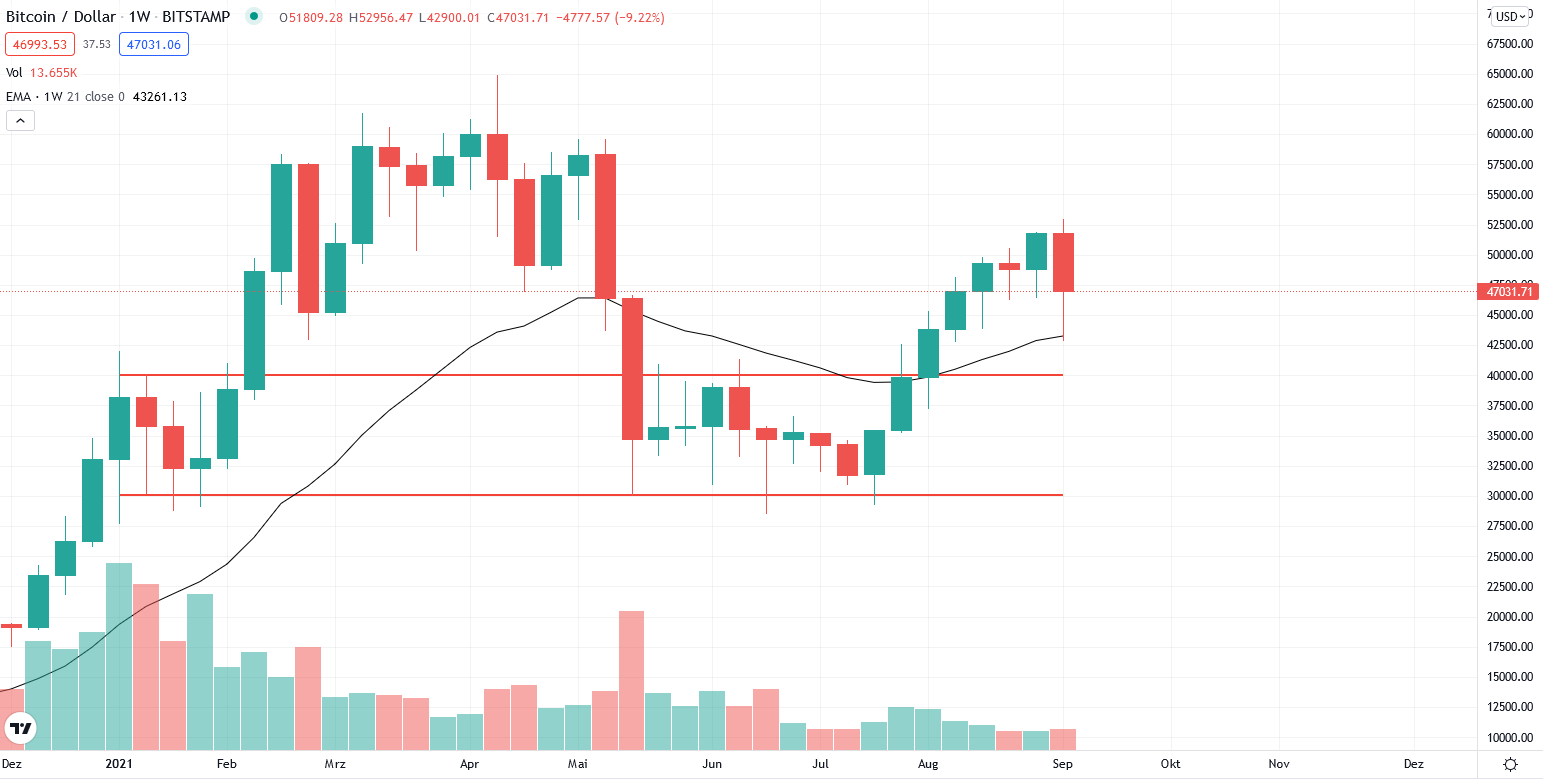 Should the course succeed in both over the course of the week, this should provide sufficient confirmation of the newly ignited bull trend that began with the breakout of the sideways channel between $ 30,000 and $ 40,000 at the beginning of August.

While the crypto market is currently again on the move in volatile waters, global adaptation is progressing continuously. With Ukraine, another state has now adopted clear legal regulations for crypto assets within a few weeks. In an almost unanimous vote, the Ukrainian parliament passed a law that legalizes and regulates Bitcoin. The bill was launched in 2020.


Previously, cryptocurrencies such as Bitcoin were subject to a legal gray area in Ukraine: Locals were allowed to buy and exchange virtual currencies, but companies and exchanges that traded in crypto were often under close scrutiny by law enforcement agencies.

Ukraine is thus joining an increasingly long list of states that are embedding Bitcoin in their national legal system. Just this week, El Salvador became the first country in the world to introduce Bitcoin as legal tender and include it on its balance sheet. Every citizen should be able to receive $ 30 worth of Bitcoin via a wallet offered by the government. President Nayib Bukele has essentially tied his political fate to the outcome of this nationwide Bitcoin experiment.

Two weeks ago, the island nation of Cuba also passed a law on the recognition and regulation of cryptocurrencies, citing “reasons of socio-economic interest”. The small Central American state of Panama is also currently working on a draft for its own national cryptocurrency law.

onvista guide: You want in Bitcoin and other Cryptocurrencies invest but don’t know how and where? In our guide you will find all the important information about crypto exchanges and everything you have to look out for when making a crypto investment.

If you are already ready to invest in crypto currencies, we would like to recommend Swissborg – try the Swissborg app now via our bonus link and receive a small bonus in the form of crypto currencies! * Link: https://join.swissborg.com/ r / onvistAFD5