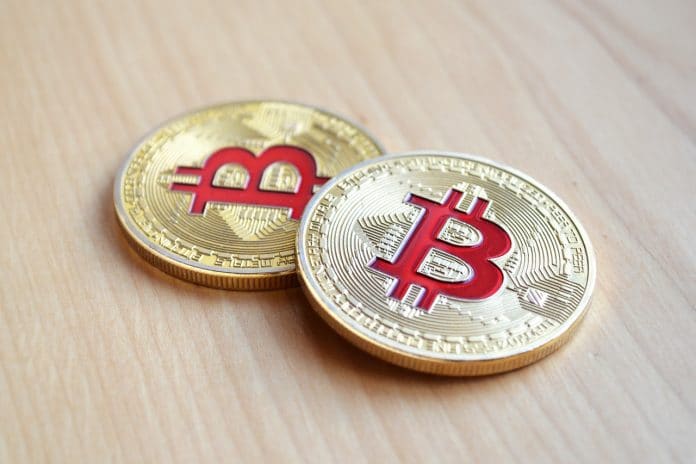 Bitcoin was able to reach another milestone: The pioneer among cryptocurrencies has seen an exponential increase in the volume of BTC in its network. This time around, the seven-day moving average of BTC volume on the network has set a record. It shows that as of yesterday, $ 188 billion had been moved across the network. That means: Around 20% of the Bitcoin market capitalization has been moved.

The number of coins moved across the network for the seven-day moving average is approximately 3.6 million bitcoins, based on today’s prices. The number takes into account both the transactions between individual wallets and the volume that is moved to and from exchanges. This shows: The spread of BTC is not decreasing. On the contrary: BTC is gaining more and more traction.

Bitcoin is skyrocketing in volume

This development makes Bitcoin ready for an exponential upward movement. Bitcoin price has always seen its price spike when volume skyrockets. The graph below compares the various times the volume has skyrocketed on the network with the price at that point. An increase in volume was always accompanied by an increase in price.

An important point: While the volume of transactions has increased, activity on the chain has decreased. This suggests that most of the volume is due to large movements from a small number of wallets. As opposed to small movements from a large number of wallets. The on-chain data suggests that around 10,000 to 12,000 bitcoins were moved from one wallet to another at once. Most likely, these are movements of exchange wallets.


A more important scenario would be if there were a number of smaller transactions that make up that volume. This would mean that individual investors would actually move their bitcoins across the network. And the direction of these Bitcoin transactions would provide a better indication of the general market sentiment at this point in time. Nevertheless, an increase in the volume of transactions tends to drive the price up.

Ready for another outbreak?

BTC now appears ready for another test of the $ 50,000 mark. The indicators suggest that the current low may have been reached. With that, the digital asset is ready for another test of its recent high. Come in addition: The reserves on the stock exchanges continue to trend downwards. That shows that investors are still withdrawing their BTC from the exchanges instead of selling it.

The movement patterns in the network still suggest that investors are not selling their coins on exchanges. They flow in the opposite direction that assets would normally flow in a bull market. This consolidation of BTC assets intended to be held for the long term will definitely result in a spike in price.

Bitcoin price has now returned to a recovery trend after the last slump pushed it back down. The resistance at $ 47,500 is predestined to accompany this rebound from here. Market momentum will most likely be the deciding factor for the next breakout.