HomeNewsWhere does the Bitcoin logo actually come from?
News

Where does the Bitcoin logo actually come from? 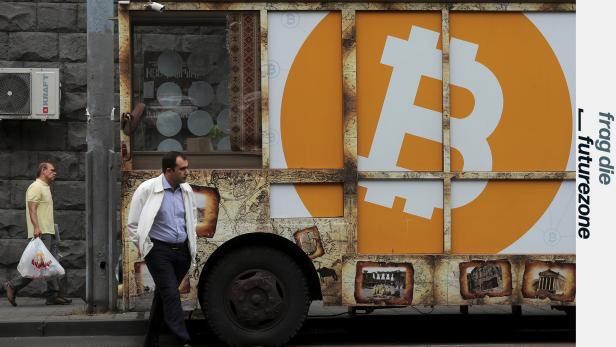 How the orange logo came about and what Mastercard has to do with it.

Bitcoin is known to be decentralized. There is no company, organization or society behind the mother of all cryptocurrencies, just a loose community. So where does that come from orange bitcoin logo? Who invented it and what Mastercard has to do with it.

To that Bitcoin logo Being able to get to the bottom leads back to the early days of cryptocurrency. That very first bitcoin logo comes from none other than the inventor of the digital currency: Satoshi Nakamoto.

2009 the first Bitcoin logo appeared. It shows the letters “BC” on a Gold coin. At the latest in February 2010 the first voices were heard asking for a change of the logo.

in the Bitcointalk forum it was suggested that the logo should only be used as a “B.” with 2 vertical bars to represent. Quite similar to what you know from the dollar sign and numerous other currencies.

Some users support the new logo because it immediately reminds of a currency. However, some did not like this because they wanted to stand out from traditional currencies.

The vertical bar proposal was accepted by Satoshi and he updated the old logo. From then on, the Bitcoin logo showed a “B” with 2 vertical lines on a gold coin.

Suddenly he appeared out of nowhere Bitcointalk user bitboy on. With his first forum posting, he fundamentally and lastingly changed the way we view cryptocurrency.


“Hi folks, I’m just stopping by to say hello and share some of my graphics with you. I hope you find them useful,” wrote the user, who has not yet been identified. The orange Bitcoin logo was attached to his post, which is still the visual representation of the cryptocurrency to this day.

Basically bitboy stayed with the “B.” with 2 vertical bars. However, he replaced the gold coin with one round, orange background and rotates the letter a few degrees.

A Bitcointalk user pointed out to bitboy that the logo was strongly reminiscent of the Mastercard logo remind. Bitboy replies, “That was my inspiration. The irony, as much as I hate Mastercard and Visa, is that perception matters when it comes to consumer trust and behavior. Lol”

Not everyone agreed with the now established orange Bitcoin logo. The website bitcoinsymbol.org was launched in 2014 with the aim of implementing a different Bitcoin logo.

The proposed logo should not be an image or graphic. Rather, it is just a symbol. It shows a “B” with a horizontal line – similar to the euro and yen symbols.

That it is for the proposed “B” one Unicode characters there is a significant advantage over the orange graphics, argued the makers of the website. This way, the symbol could also find expression in texts and there would no longer be any confusion.

All arguments were useless. Nowadays, anyone who sees a slightly inclined “B” with 2 vertical lines on an orange background knows immediately that this is the mother of all crypto currencies. To this day, Bitcoin is represented by the spontaneously proposed logo from bitboy.

In the “ask the futurezone” section we research and answer selected questions about tech topics for you.

You can either post them here in the comments – this has the advantage that other users can also provide tips to speak – or by email to the address Redaktion@futurezone.at – subject: “ask the futurezone”.