HomeNewsRobinhood and the shaky business with the fun currency Dogecoin
News

Robinhood and the shaky business with the fun currency Dogecoin

The numbers from the second business quarter of the neo broker Robinhood have some delicacies in store. Revenue climbed 131 percent to $ 565 million compared to the same period last year, but losses have also widened to $ 502 million – in the same period last year there was a profit of $ 58 million. The user base has climbed to 21.3 million. Robinhood had an average turnover of 112 dollars per user in q2.

And now it’s getting exciting, because these numbers show what Robinhood users were up to from April to June. Because 62 percent of users have traded crypto assets. In total, 41 percent of total sales come from trading in cryptocurrencies, and of that 62 percent – from Dogecoin. Exactly, DOGE, the fun currency that Tesla boss Elon Musk had chosen to be his pawn and helped that its course climbed to unimagined heights in May and Musk was even accused of market manipulation (Trending Topics reported). One of the Dogecoin co-founders, Jackson Palmer, later even said that the crypto scene was a “cartel of the rich”.

The bottom line is that Dogecoin Robinhood brought in $ 144.5 million in revenue. The total crypto assets business was $ 233 million in the second quarter. So you can say that 25 percent of Robinhood’s total turnover was made via DOGE – a fun currency with no real application possibilities.

Dogecoin is pumping again – and Musk is accused of market manipulation


The fact that a quarter of sales come from Dogecoin will not necessarily let the Robinhood boardroom (actually positioned as a reputable trading platform for stocks and ETFs) sleep peacefully. Investors are therefore cautioned: “A significant part of the recent growth in our net cryptocurrency transaction revenue is due to transactions in Dogecoin. If the demand for transactions in Dogecoin declines and is not replaced by new demand for other cryptocurrencies that can be traded on our platform, our business, financial condition and operating results could be negatively impacted. “

Investors were not very enthusiastic about the news. HOOD’s share price fell significantly after the quarterly figures were reported, by more than 6 percent. 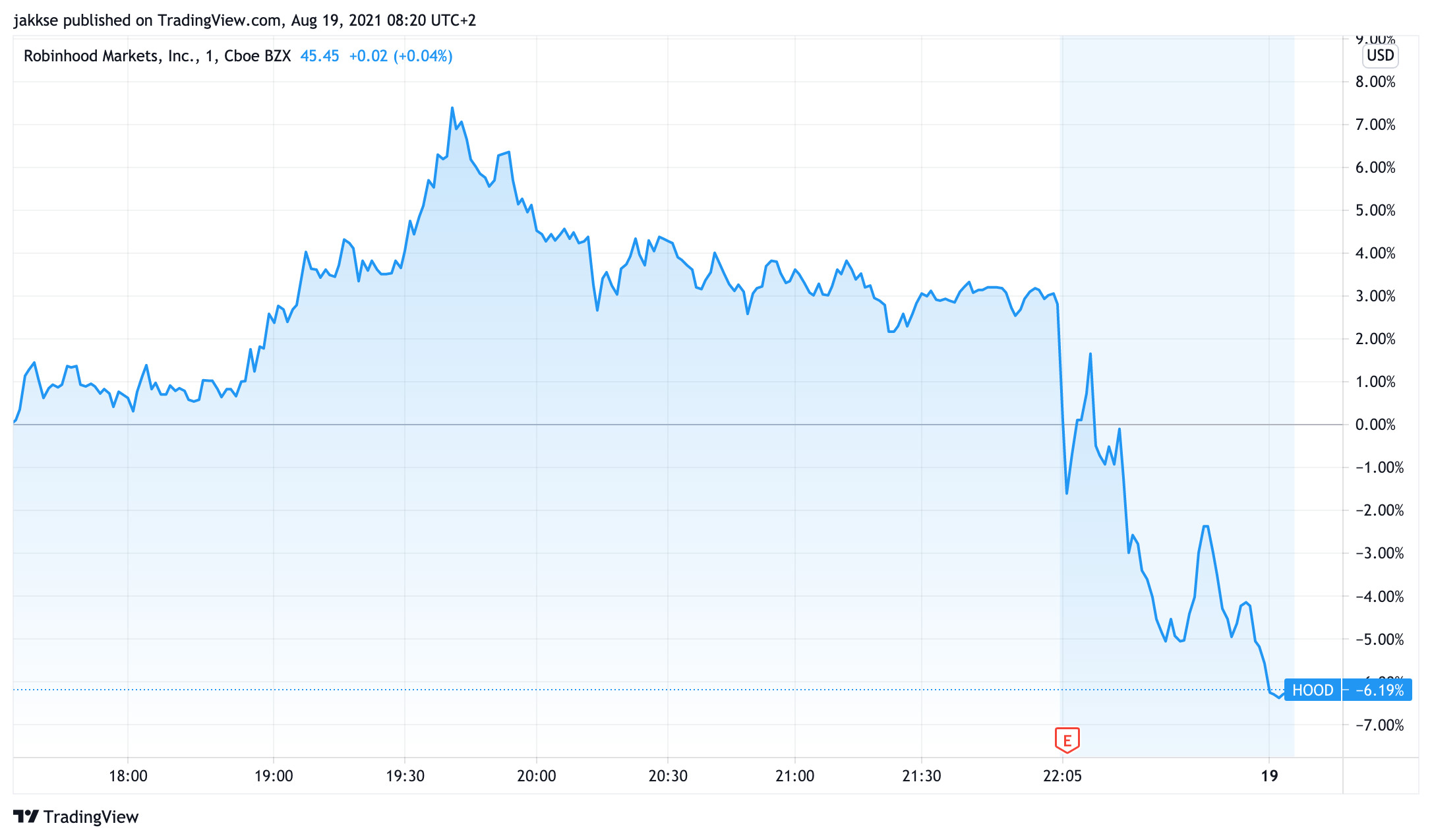