HomeNewsDOGE is ready for the big breakout
News

DOGE is ready for the big breakout

Buyers were more than happy that these factors served as motivation for the price hike. This action took place between August 5th and 7th.

Dogecoin hits the cap, but there is momentum for an upward breakout to emerge

The rally went quite well with a few interruptions but without any significant corrections. Buyers wishing to take part in the rally had to wait until August 18 to get an opportunity to enter. The green ascending trendline has been tested to the point, and the candlestick formation shows that buyers have pushed out any short positions from sellers who tried to drive prices lower.


Today’s share price activity shows a rapid consolidation, with both high and low prices coming under pressure. Expect buyers who entered at $ 0.28 will not be in the mood to take profits and close out their long positions. Retesting the $ 0.35 level will be the primary target so buyers shouldn’t be pulling out of this trade anytime soon. 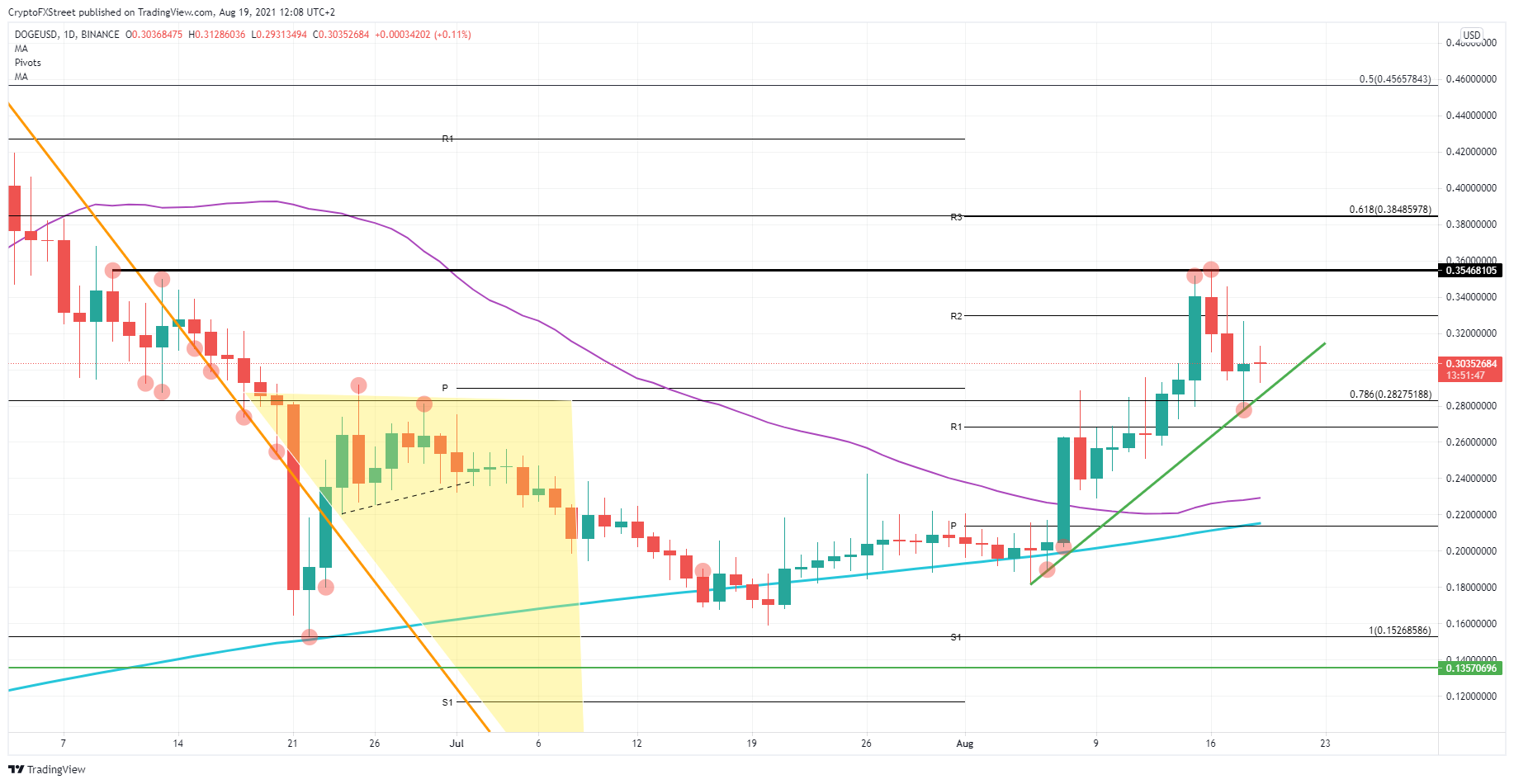 DogeCoin is ready for a breakout. Given the positioning and the argument that buyers took their chance to re-enter or add to their long positions, expect a breakout to the upside with a retest of the $ 0.35 level. This would be a three-fold upper limit. The sellers are likely to be pushed out of positions, the stops to be pulled, and that could bring DOGE to $ 0.38.

Should the green ascending trendline fail, the double movement of the 55- and 200-day SMA should offer some support.