After the big crash in May 2021, the crypto market is back on its way to old strength. You not only notice this in Bitcoin and Ether, but also in newer, up-and-coming crypto assets such as SOL. The native token of the Solana blockchain reached its new all-time high of more than 52 euros (61 dollars) on Monday after a strong growth phase, clearly beating the previous record from May of around 46 euros.

Solana has now successfully positioned itself as an Ethereum alternative in the crypto ecosystem and is attracting blockchain developers with fast, cheap transactions. More than 300 applications should already run on Solana. The most prominent is probably Serum – a decentralized exchange that was created in the orbit of FTX founder Sam Bankman-Fried (FTX is the former block portfolio). No wonder, after all, Bankman-Fried has a stake in Solana Labs through his investment vehicle Alameda. 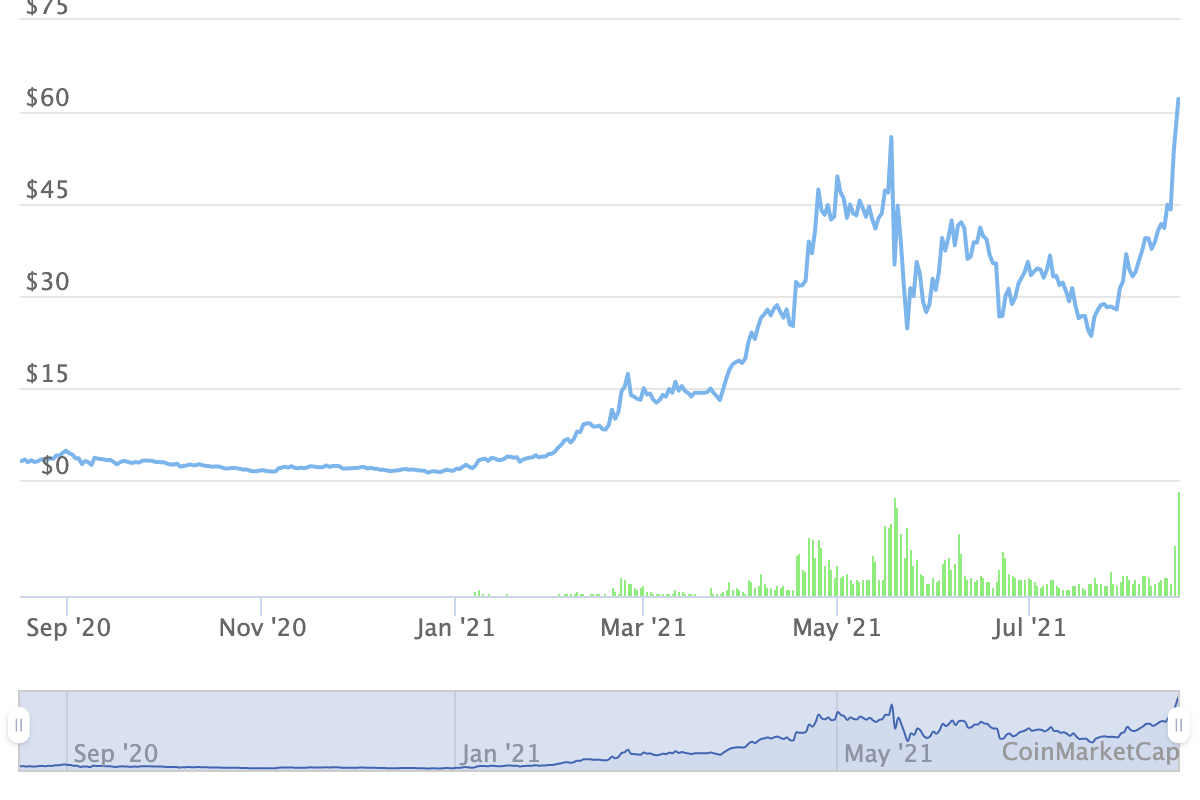 
Again and again FTX in the background

While Solana sells the blockchain network with its validators as a decentralized matter, it is very clear that a company is largely behind it. The San Francisco-based blockchain company Solana Labs around founder and CEO Anatoly Yakovenko is already closely associated with well-known blockchain investors such as Andreessen Horowitz, Coinfund, Blockchange Ventures, ParaFi Capital and Alameda Research.

To the satisfaction of these investors, who already invested around $ 350 million in Solana Labs in 2021, the SOL token has now seen massive gains – 35 percent in the past 24 hours, more than 50 percent in the last seven days. It is also clear that SOL is strongly driven by the generally good mood on the market and the growing DeFi area. After all, the network is being marketed as a fast, inexpensive platform for DeFi applications.

Trending Topics has already reported on an example. For example, the Exchange FTX (which else? Bankman-Fried sends his regards), in cooperation with the Swiss Digital Assets AG, has launched tokenized shares that run on the Solana blockchain.