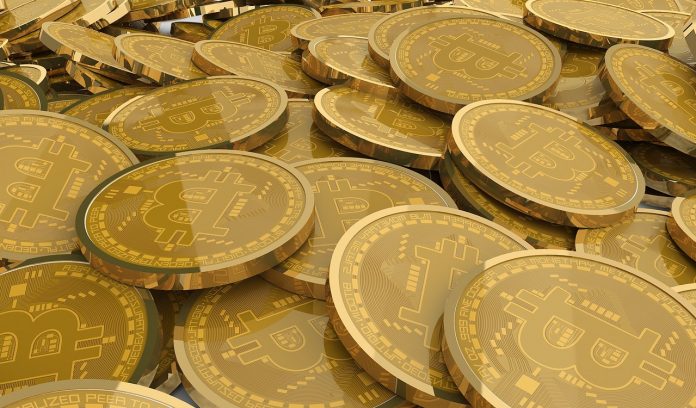 Bitcoin has managed to surpass $ 41,000. Analysts expect strong performance in the second half of the year, such as Bloomberg strategist Mike McGlone.

Bitcoin has demonstrated tremendous strength since yesterday in the early afternoon: Within a few hours, the number 1 cryptocurrency moved from around $ 37,500 to over $ 41,000. BTC was rejected there and has since traded between $ 40k and $ 41k – but the coin looks well positioned to risk another rise above the local resistance. What does BTC expect now?

Top crypto strategist @crypto_birb predicts: Bitcoin bulls could push BTC over $ 120,000. Before that, however, there is a risk of some local setbacks. They are a good buying opportunity, he emphasizes. At the same time, the analyst warns: Bitcoin could then withdraw by up to 90%. So there is still a lot of light, but also a lot of shadow, when it comes to Bitcoin forecasts.

Honored to be featured in today’s release of @BusinessInsider to share my thoughts over $ BTC technical analysis and trading. After local dips, let’s get the bulls to push through $ 100k milestone, shall we? Https: //t.co/jfxdjpLBZT

The popular pseudonymous trader @rektcapital assumes that Bitcoin has now successfully broken out of its $ 29k- $ 39k range and is just waiting for confirmation. He writes to his more than 177,000 followers:

However, most crypto investors don’t seem to think that Bitcoin will last long above $ 40,000 for long. As a recent survey by Santiment shows, the majority currently (at the time of this article) assume that Bitcoin will trade below $ 40,000 again in less than 24 hours.

“The bitcoin bull market seems to have bottomed out, and an end to the upswing in crude oil could provide support.”

Background: Crude oil is the most important commodity in the world and, according to McGlone, “companion of inflation and US Treasury yields”. If long-term bond yields stay below 2%, this indicates persistent deflationary forces supporting the Bitcoin price. McGlone:

“When prices resist persistent fundamental trends, it usually only takes a small catalyst to trigger a reversal – the condition we see when crude oil is too hot and Bitcoin is too cold.”

As the report comments, Bitcoin appears to have built a base around $ 30,000. The crypto strategist compares this with Bitcoin’s bullish development from $ 4,000 at the beginning of 2019:

“We see performance parallels that could bring the benchmark cryptocurrency back on track towards USD 100,000.”

The analysis assumes that the current trends will continue. The result: Bitcoin has the potential to outperform in the second half of the year. The report also offers a positive outlook for the second-placed cryptocurrency, Ethereum. Under the heading “Ethereum and the $ 4,000 Path,” McGlone shares his view that Ethereum will beat Bitcoin in terms of performance. That has been the case for around two years, and McGlone assumes that Ethereum will continue on this growth path:

“Ethereum is asserting itself against its competitors, and we believe that its rising status as a platform for digitizing financial and monetary infrastructure should keep its price rising.”

Specifically, McGlone expects Ethereum to increase further towards $ 4,000. Hardly a day goes by without bullish headlines. The cases of Kodak and the US DVD rental company Blockbuster would also show that most companies are more willing to adopt new technology than to risk falling behind.

You can check out the full August crypto report here.

The digital asset manager CoinShares provides a bearish metric on the current situation on the crypto markets in a current report. Accordingly, institutional investors are currently withdrawing capital from Bitcoin and Ethereum – despite the recent boom in the crypto markets. According to the report, the money will flow into multi-asset investment products.

Bitcoin has now had outflows totaling $ 20 million for the fourth week in a row. BTC has “borne the brunt of the outflows in the wake of the decline in the price of digital assets,” according to CoinShares. Nevertheless, the inflows are high at 4.1 billion dollars in the year to date. Multi-asset investment products, on the other hand, saw inflows totaling $ 7.5 million in the week, and trading volume for digital investment products rose 173% compared to the previous week.

Glassnode: This is how the market has reacted to the recent upswing

As mentioned earlier, Bitcoin has done very well this week and continued to expand its profits – up to a daily high of $ 42,388. A more than welcome green in the portfolio tracker – after months of consolidation and multiple drops below $ 30,000.

The Blockchain researchers from Glassnode devote themselves to a current analysis of the changed situation in the markets. What happened after Bitcoin saw so many green candles? The focus was on: Is it a so-called “disbelief rally” in which everyone doubts the new upward trend – or a so-called bearish relief rally in which Bitcoin is still in a downward trend?

One aspect that speaks for the uptrend is the strong accumulation by retail investors. For this purpose, Glassnode analyzes the stocks of so-called on-chain entities. This means: multiple addresses that have the same owner. The result: Investors with less than 10 BTC now hold 13.8% of all Bitcoins! Glass node:

“One of the most aggressive accumulators since May are the shrimp to crab cohorts that hold <10 BTC. These small holders now own 13.8% of the total coin holdings, whereby the trend of accumulation has accelerated significantly since May. "

At the same time, there are more and more Bitcoin transactions valued at more than $ 1 million – an indication of large industry participants.

#Bitcoin entity-adjusted transaction volume has increased to $ 7.48B per day over the last 14-days.

In particular, transactions over $ 1M in size (approx. 25 $ BTC) are on the rise. This represents 46.5% of the total transaction volume.

Also positive: There are fewer and fewer bitcoins on the crypto exchanges. The total stocks on the stock exchanges are back at their 2021 low of 13.2% of the circulating supply. Glass node:

“This means that the considerable inflow volume observed during the sell-off in May has been almost completely reduced.”

A final conclusion from the researchers: The activity on the Bitcoin blockchain is still “historically low”. Compared to the high in February, activity has therefore declined by 38%. The current level, according to Glassnode, corresponds to the low point of the surrender in 2018-19.

Conversely, this could mean that Bitcoin has massive room from here to rise parabolically.

You can check out the full Glassnode report here.