In a calm overall crypto market, Cardano (ADA) can break away positively and reach a two-month high. The reason is the announcement that the Alonzo upgrade will be launched in September.

Cardano (ADA) is quoted above 1.80 US dollars again for the first time since the beginning of June and is currently outperforming Bitcoin (BTC) and other important altcoins in its price development. The reason for the intermediate spurt at ADA is quickly found: Cardano founder Charles Hoskinson has contacted Twitter reported and made the “announcement of an announcement”. You will be able to say when the hard fork Alonzo will come and smart contracts will also be possible at Cardano. Hoskinson promised that the time for this would be before the Cardano Summit 2021, which is announced for September, so far without a specific date.

Why is Alonzo so important at Cardano?

Since March, expectations have been raised at ADA towards Alonzo and since April Alonzo has been tried out in a test network at Cardano. As the most important innovation, Alonzo will bring Smart Contracts to Cardano and thus allow ADA DeFi projects to be set up. So far, Alonzo had been hoped for a launch in August, but Cardano investors seem to be able to live well with the delay of a few weeks.

Observers note that Hoskinson chose a good day for ADA for his announcement. Because at the same time, a record-breaking hack shook the DeFi division. The equivalent of 600 million US dollars was lost at Poly Network and, according to previous knowledge, a bug there was exploited, which is in the cross-chain functionality. Cardano also comes with such a functionality to connect blockchains and an ecosystem that are actually technologically incompatible with one another. But Cardano sees itself as a strictly scientific project and tests upgrades rigorously. This concept has lured many developers towards ADA and it is generally expected that with Alonzo Cardano, the DeFi market will be able to stir up sustainably – without attracting negative attention due to security gaps. 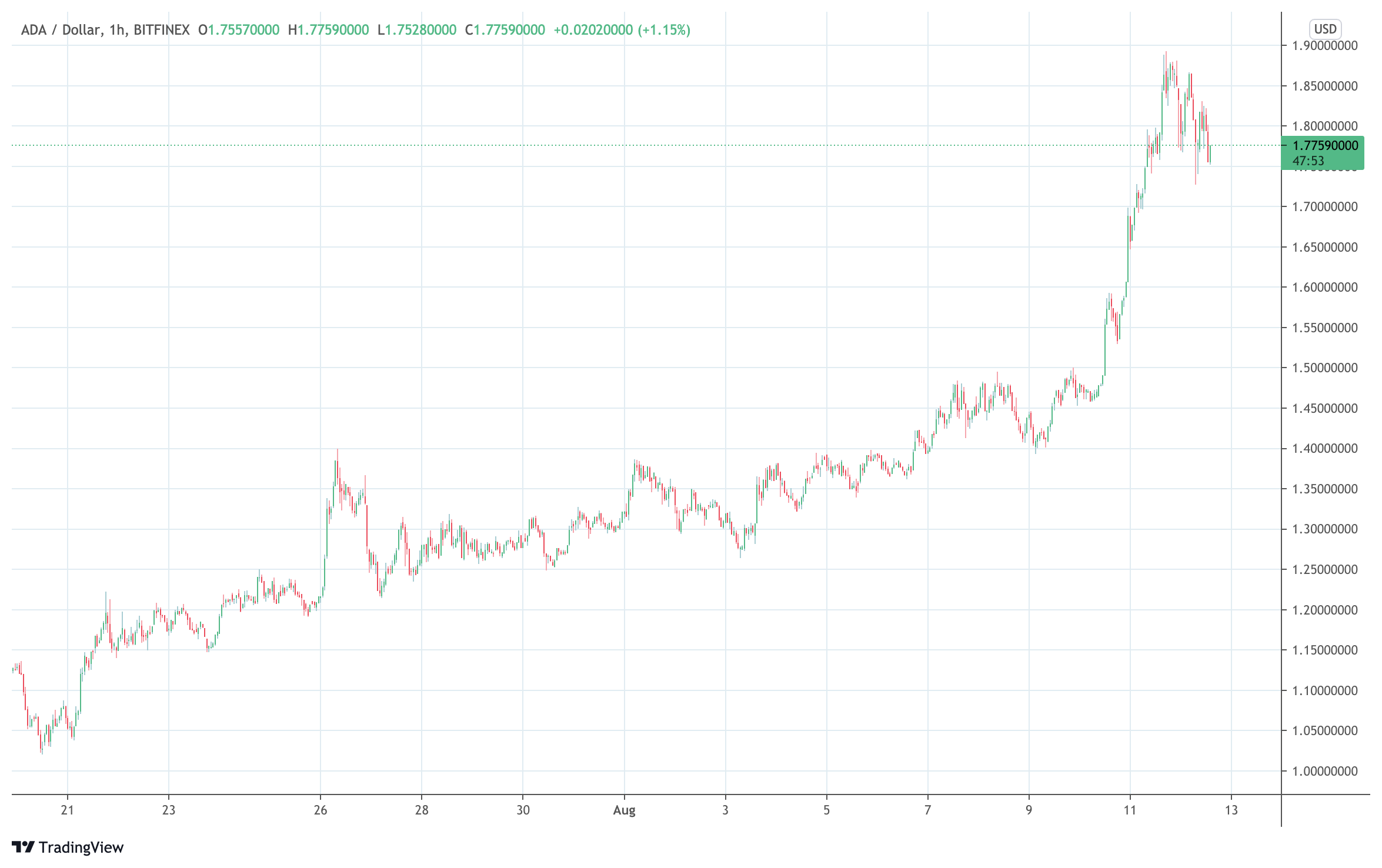 Conclusion: ADA on the rise – waiting for Alonzo

Cardano has succeeded in climbing into the TOP 10 of the most financially strong cryptocurrencies, even with limited functionality. With Alonzo, ADA could actually catch up with Binance Coin (BNB) and, in the future, Ethereum (ETH). Because around BNB and Ethereum, high-turnover ecosystems have already established themselves for DeFi and here the fans of Cardano sense good chances of quickly gaining market share with a technologically superior overall package. For the moment, however, the attention at ADA is focused on when the schedules for Alonzo will be further concretized.

If you don’t have any Bitcoins yet, you can buy them here: