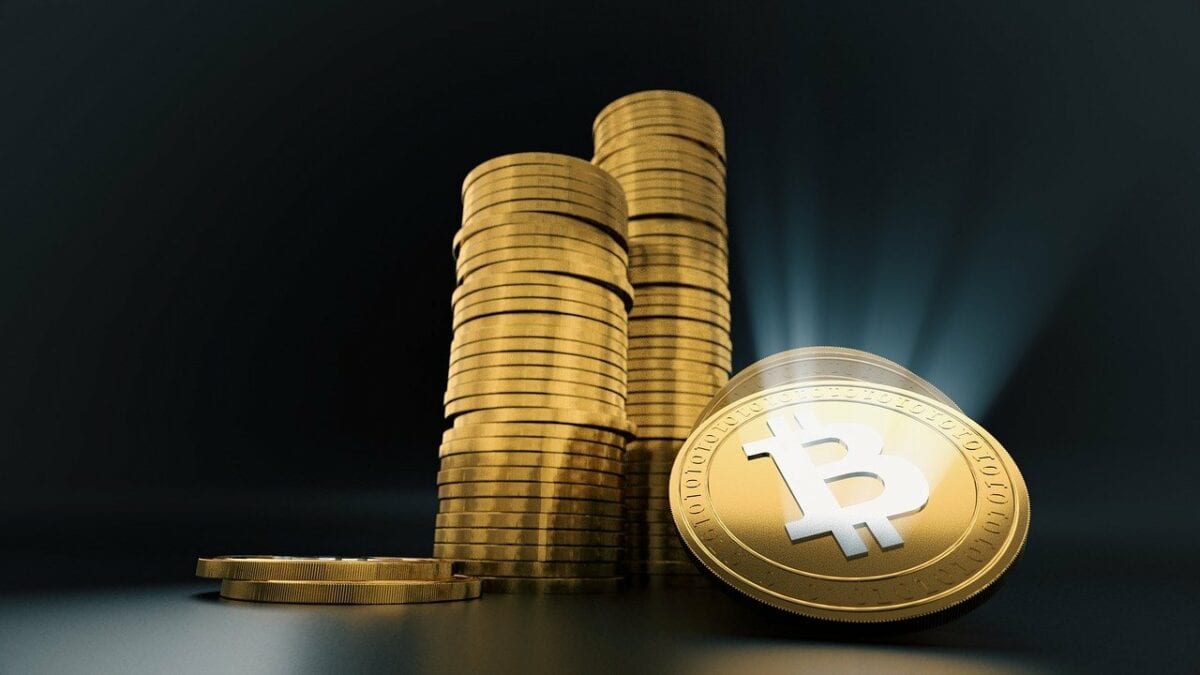 An amazing correlation can be seen between the price movement of Bitcoin and the gold price. There is a negative correlation where investors apparently buy cryptocurrencies, while the “safe haven” gold is less interesting. On Friday, after the good US labor market data, there was already a drop in gold, and this morning even a flash crash, where the gold price dropped by more than $ 80 (only to recover for the most part). But Bitcoin can still clearly benefit when gold is weakening.

Bitcoin was still below $ 41,000 on Friday evening, now according to Coinmarketcap it is currently $ 45,647. Take a closer look at the following chart, which goes back to August 3rd. In orange we see the rising Bitcoin, and in blue the recently falling gold price. In the flash crash in gold this morning you can also see how the Bitcoin rose steeply at the same time – when the precious metal rose again quickly after the flash crash, the cryptocurrency came back just as quickly.


The temporal connection is probably more than a coincidence. Security is less sought after, more risky assets are being used – and that’s where cryptocurrencies seem to be the right choice. In addition, one can argue for the current Bitcoin strength that the US Congress wanted to introduce taxation on cryptocurrencies as part of the adoption of a new infrastructure investment program. However, since both sides could not agree on the exact wording, the crypto taxation was postponed for the time being. According to current statements by Markus Koch (see here in the video from minute 4:30) this circumstance could currently support the increase in Bitcoin. 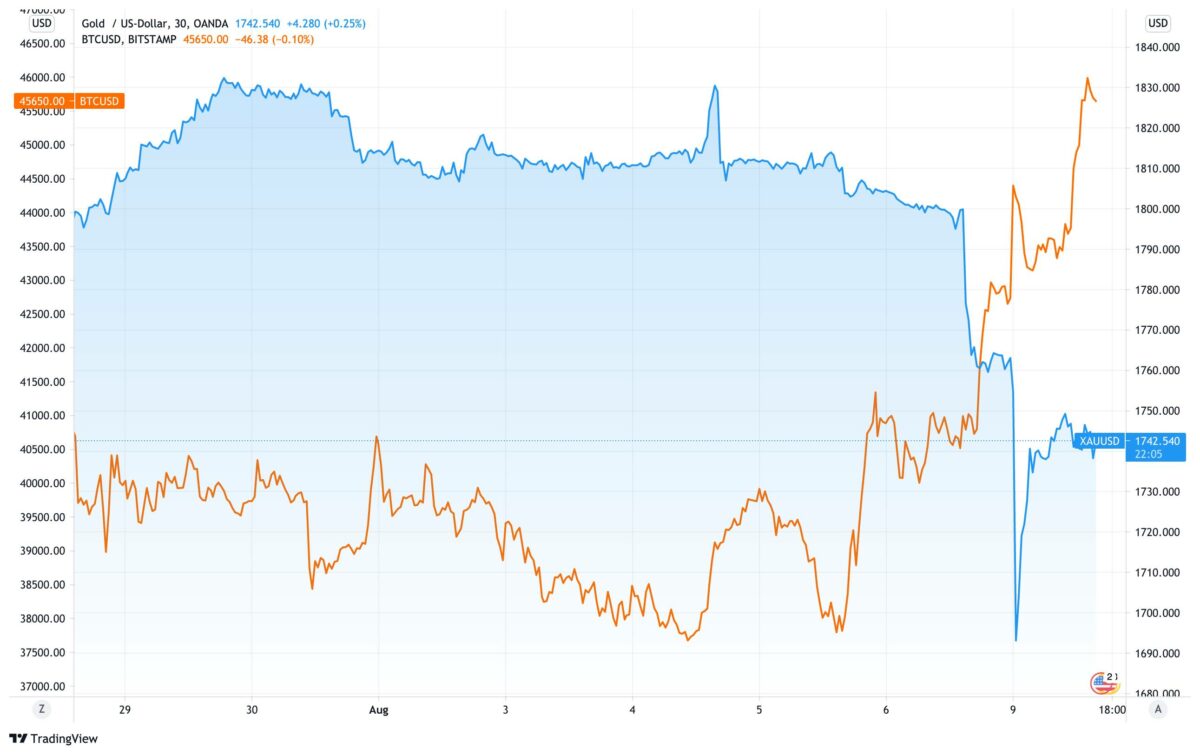