Polkadot price rebounded exponentially from July 20 to August 8, but things took a turn when the cryptocurrency market began to reverse. In addition to the general selling pressure, a technical indicator showed a sell signal, which made the decline worse.

Referring to the DeFi summer 2020 and several blockchains like Aave, Sushi and others that have started, Polkadot co-founder Rob Habermeier stated in an interview with The Scoop that Polkadot is still in the early stages.

He explains that Polkadot recently launched the first version of Parachains on the Kusama Network. Unlike many blockchains, Polkadot sets up application-specific data structures known as parachains that can focus on a specific industry sector.

Habermeier added on this topic:

There are six parachains used in the Kusama network. These focus on DeFi, Smart Contracts, Layer 2 scaling, Identity Secure Compute – these are some of the first projects we see on Polkadot.

With the “Parachain Season” just beginning, the co-founder expects these projects to have their community and grow over time, and even have applications built on them.


The Polkadot price has to find a stable floor

This decline has pushed Polkadot price below said resistance area, which is a bearish sign. Although the downward movement was evident after such a massive uptrend, investors can expect it to expand further down, especially since the Momentum Reversal Indicator (MRI) has shown a sell-signal in the form of a red candle on the 12-hour chart. This constellation often predicts a correction. 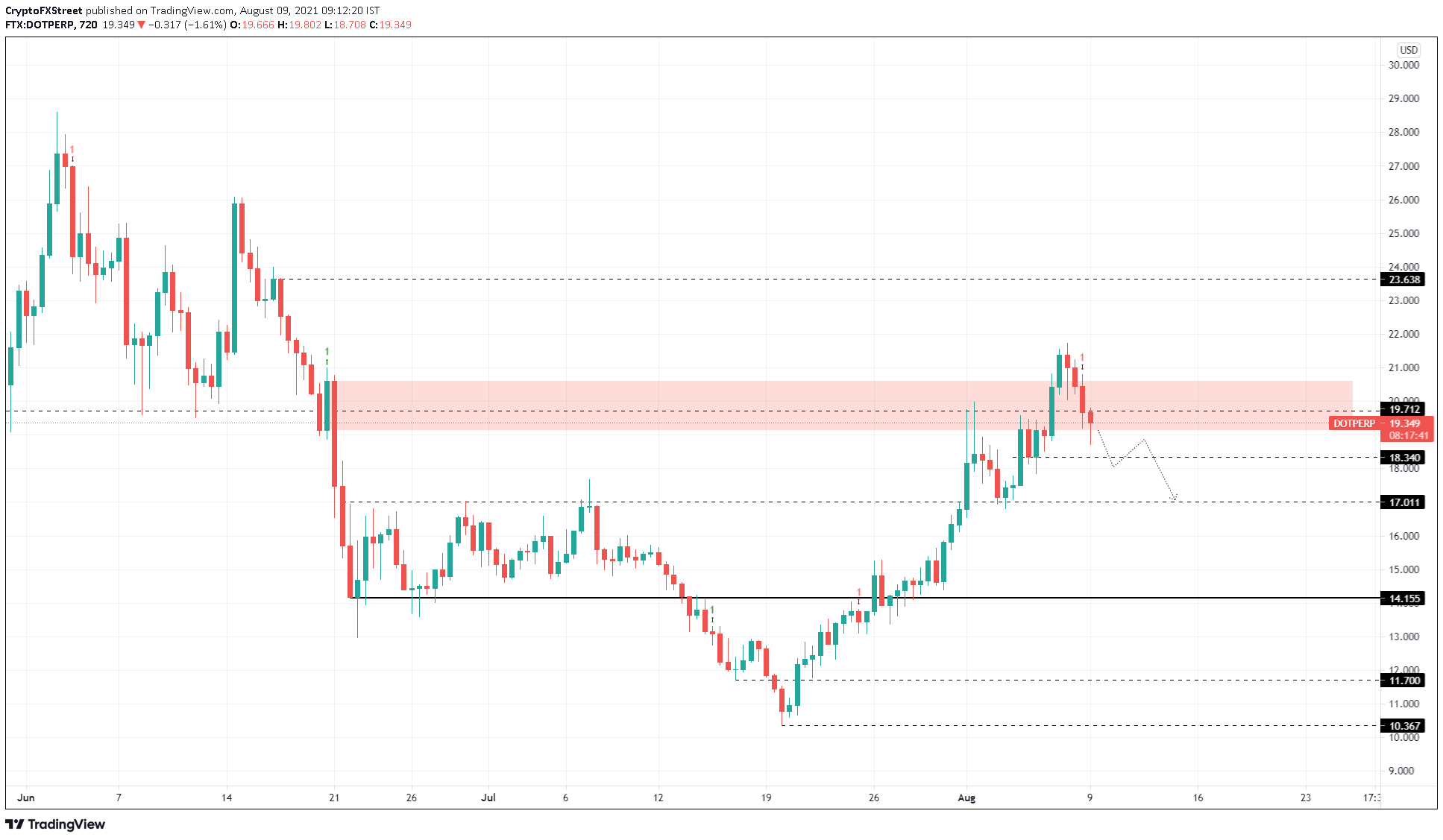 Bearish pressures regardless of bearish pressures, a buyers comeback pushing polkadot above the upper bound of the supply zone at $ 19.14 will suggest a rebound is likely to exist.

A confirmation of the bullish outlook comes when DOT price bounces off the $ 19.14 level. Should that happen, market participants could expect a 15% increase to $ 23.64.