HomeNewsAgain more than 3,000 corona infections in the Olympic city of Tokyo
News

Again more than 3,000 corona infections in the Olympic city of Tokyo 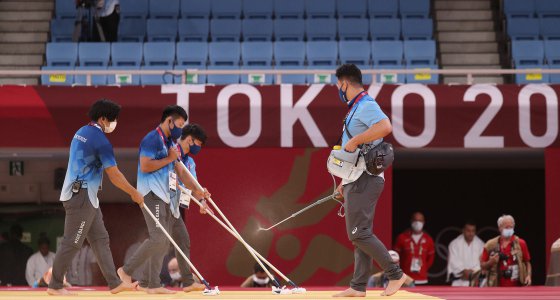 Tokyo – In the Olympic city of Tokyo, the number of new corona infections exceeded the 3,000 mark on the fifth day in a row. The city registered 3,058 new infections within 24 hours yesterday, after a peak of 4,058 cases had been recorded the previous day. Yesterday the numbers are usually lower as there is less testing. The governors of Tokyo and other affected prefectures want to call on the government to consider tougher measures such as curfews. As in other countries, Japan has not yet imposed a lockdown.

Instead, there is an emergency in Tokyo and other prefectures until August 31, which only provides for loose measures. Restaurants and bars shouldn’t serve alcohol and close earlier.

Critics point out that the previous mostly non-binding requests by the state are no longer effective. Society must “develop a common awareness of the crisis” in order to prevent a collapse of the health system, said the doctor Omi Shigeru, the government’s most important corona advisor.


The Delta variant of the virus is an “extremely strong enemy,” said Tokyo Governor Yuriko Koike. She called on citizens to stay home despite the summer vacation. At the same time, Koike reaffirmed her intention to continue the Olympic Games, which are strictly shielded from the people.

She wants to speed up vaccinations for people in their 40s and 50s, Koike said. In contrast to the younger generation, the majority of those over 65 have now been vaccinated. After the vaccination process began very late, only around 27 percent of the Japanese population have been fully vaccinated.

Tokyo authorities are now considering allowing younger people to have vaccinations without prior reservations. However, there are complaints about insufficient vaccine. Critics claim that the games, which are continuously broadcast on all TV channels, help prevent younger Japanese people from taking the corona virus so seriously. © dpa / aerzteblatt.de