The documentary “The Battle of Britney Spears: Fans, Money and Control” aims to uncover the truth about Britney Spear’s guardianship. It will be published exclusively on TVNow.

Since her collapse in 2008, Britney Spears has been under the tutelage of her father Jamie Spears. Since then, he has controlled the projects and finances of his daughter, temporarily manager Jodi Montgomerty has taken over the guardianship in 2019. Especially lately, there has been a lot of speculation about Britney’s health and the justification of the ongoing guardianship. Britney herself is said to have applied in court for the permanent replacement of her father as guardian.

“The Battle of Britney Spears” on TVNow

The documentary “The Battle for Britney Spears: Fans, Money and Control”, which will be shown exclusively on TVNow from June 23, will bring light into the darkness of the confusing story about the pop singer. The BBC-produced documentary follows British journalist Mobeen Azhar as he sets out in search of the truth surrounding Britney’s story. 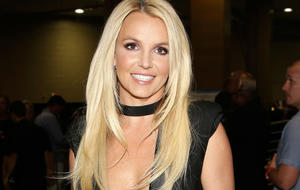 Britney Spears: This is how she defends herself against her father now

To this end, he takes part in court proceedings and meets people from Britney’s close environment – including her former choreographer Brian Friedman and make-up artist Billy Brasfield. He also dives into the #FreeBritney movement, in which loyal fans fight for the singer to finally be able to determine her own life again.

Earlier this year, the New York Times documentary “Framing Britney Spears” was published. The pop icon then spoke up. She had “felt ashamed” and “cried for two weeks”.

“The Battle of Britney Spears: Fans, Money and Control” will be available exclusively on TVNow starting June 23.