Currently, the whole world is talking about the reunion of the glamorous couple Jennifer Lopez (51) and Ben Affleck (48), affectionately named “Bennifer” by the press. But is a similar love comeback now on the horizon for Angelina Jolie (46)? The actress was recently caught entering the apartment building of her ex-husband Jonny Lee Miller(48).

As recently as March 2021, an insider revealed that Hollywood star Angelina Jolie was unhappy with her single existence. In recent years, the separation from Brat Pitt (57) and the long-lasting custody dispute over their children have caused (negative) headlines and frustration. But has the mother of seven finally found a new (old) love?

The US magazine “Page Six” photographed the actress entering the apartment building in New York where her ex-husband Jonny Lee Miller lives – with a good bottle of red wine in her luggage. Is a love comeback in the offing here?

Separation from Jonny Lee: “The stupidest thing I’ve ever done”

The (love) story of Angelina Jolie with the British actor Jonny Lee Miller goes back a long way: Met during the shooting of the film “Hackers” in 1995, the wedding followed in March 1996. But the marriage of the then only 20-year-old Angelina lasted only briefly: 1.5 years later, the divorce followed. The young couple had not managed to reconcile their challenging professions and the distance between two continents.


Nevertheless, the two always remained friends. In 2004, Angelina even confessed to B magazine in an interview that Jonny’s divorce was “probably the stupidest thing I’ve ever done.” It would be all the better now if the actor couple would now get a second chance.

From Drew Barrymore to Angelina Jolie, These Celebrity Ladies Have Been Single for Years

Video archive: What’s going on between Diplo and Angelina Jolie? 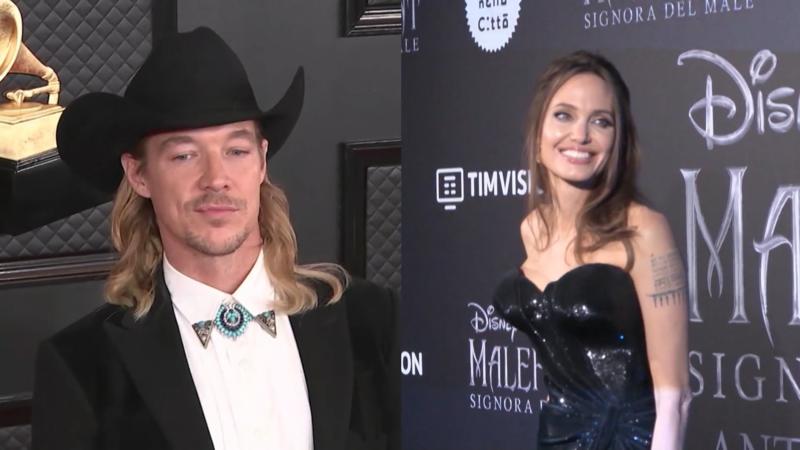 “Bennifer” demonstrates it: A love revival can be so beautiful

With J.Lo and Ben Affleck, the love revival now seems to be perfect: In Ben Affleck’s new film project, even his mother-in-law in spe, Guadalupe Lopez (75), was spotted on set. And Ben Affleck’s ex-wife Jennifer Garner, the mother of his three children, also gives the couple her blessing. Then nothing can stand in the way of the love happiness of the two.