HomeNewsGreat comeback with Cardi B!
News

Great comeback with Cardi B!

the “Fast & Furious”series is now known for a veritable celebrity casserole. Among others, Michelle Rodriguez (42), Tyrese Gibson (42), Jordana Brewster (41), Helen Mirren (75), Kurt Russell (70) and Charlize Theron (45) will be there. Already on July 15th runs “Fast & Furious 9” with Rapper Cardi B (28) in the German cinemas Obviously, she was so well received that it is already clear that she should return to the set for the tenth part of the series. This has now been confirmed by lead actor Vin Diesel (53) in an interview with “Entertainment Tonight”. 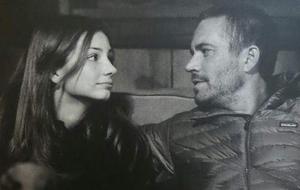 “Fast and the Furious”-Paul Walker: Is his daughter Meadow following in his footsteps?

He was known for his role as Brian O’Conner:… Read more »


Cardi B: That’s why she’s returning to “Fast & Furious”!

He also revealed that the storyline will continue with the character of Cardi B: “We are very happy to develop her character and expand it to the finale.” It is not yet clear whether this refers only to the tenth part, or actually to the planned eleventh and last part. Director Justin Lin (49), who was responsible for the ninth part, is also enthusiastic about Cardi: “I love Cardi, you know?” From the very first minute, she belonged to the big “Fast & Furious” family. 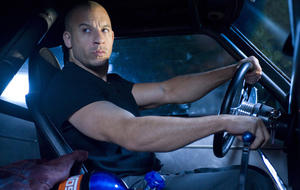 Dom Toretto is the face of “The Fast & the… Read more »

In addition to Cardi B, fans can also look forward to other VIPs: Diesel hinted in conversation with “E! News” that Meadow Walker (22), the daughter of the late Paul Walker (1973-2013) could also come on set. Although there were no further details, he would not rule it out. Walker played the character of Brian O’Conner.