Caitlyn Jenner is angry with host Jimmy Kimmel after he made quite clear fun of the transgender man wanting to run as California’s gubernatorial candidate. Kimmel is even said to have compared her to former President Donald Trump.

Jimmy Kimmel allowed himself a pretty bad joke when he recently made fun of Caitlyn Jenner on his show “Jimmy Kimmel Live” after her appearance on the talk show “The View”. She had spoken on the program about her planned candidacy for the office of Governor of California.

Kimmel first referred to her as the “Caitlyn Jenner Car-Crashian,” referring to her 2016 car accident, in which she was involved. In the crash, a woman was killed after the SUV Jenner was driving pushed her car into oncoming traffic. 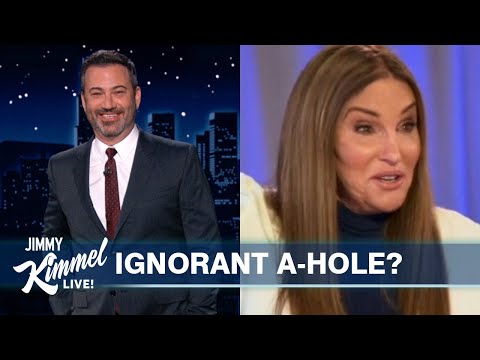 After that, Kimmel recorded a short clip of Jenner in “The View” and called her “Donald Trump with a Caitlyn Jenner wig.” “I mean, the similarity is amazing,” he scoffed. “They have the same movements.” Kimmel concluded his verbal attack by saying, “There was a lot of nonsense in the interview and she’s just trying to grab attention. Caitlyn Jenner has a better chance of becoming the next Batman than the governor of California. She doesn’t know about anything – really little to nothing.”

Last night @jimmykimmel called me Donald Trump with a wig. He obviously believes that trans women are simply men with wigs on. Where is the outrage from the left or LGBT community? Being WOKE must be optional if you are a Democrat. pic.twitter.com/1PITkYE01w

She accuses him of transphobia and racism

After the broadcast, the 71-year-old, who as a man was an Olympic star in the past, gave free rein to her anger on Twitter. She accuses Jimmy Kimmel of transphobia and racism. “Last night, @jimmykimmel called me Donald Trump with a wig,” Jenner wrote. “He obviously believes that trans women are simply men with wigs. Where is the outrage of the left or the LGBT community?”

In follow-up tweets, Jenner called Kimmel a “hypocrite” because he didn’t have to fear consequences when he posed as NBA legend Karl Malone. However, Kimmel apologized for this last year after feeling exposed to a shitstorm. Jenner also denounced that Kimmel on “The Man Show” invited women on the street to touch his crotch and play “Guess what’s in my pants.”

so @jimmykimmel got a pass from the WOKE while he asked women to fondle him in public. His treatment of women is wrong. Disgusting. Vile. pic.twitter.com/DIHUA6ZgC0

Caitlyn Jenner: “His treatment of women is wrong”

“@jimmykimmel got a free pass from the community when he asked women to pet him in public. His treatment of women is wrong. disgusting. Disgusting,” Caitlyn Jenner wrote. Kris Jenner’s ex-spouse ended the taunts against the presenter by bringing up a 2013 incident in which he also got a shitstorm over a joke about killing Chinese.