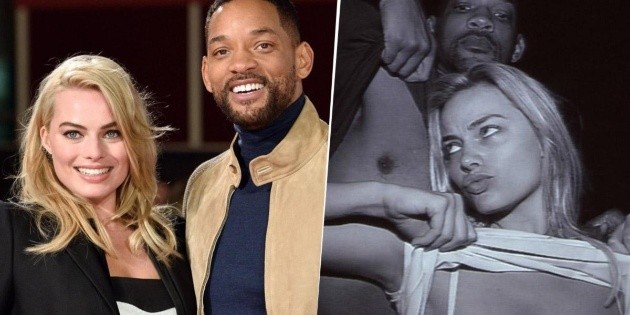 The tip of the iceberg came on the last Saturday, when Jada Pinkett publicly acknowledged -the use of a video to Facebook- her husband Will Smith, who has been unfaithful with August Alsina, rapper of 27 years and a friend of his son. After the news of the different versions. Between them, that the actor has also betrayed his partner and then maintain a relationship with Margot Robbie.

The rumor has been installed, but none of the protagonists had been expressed to. However, a lot of material in order to get the idea that the americans and the australians would have been together. Yes, this is not the first time that it was connectedas in 2015 Margot says: “There is absolutely no truth in the rumor ridiculous. It’s disappointing that a game between friends can be taken so out of context”.

Of all the ways, fans have different evidence to believe that the actors maintained a love story to the times in which they shot the successful film ‘Focus’ (2015) and ‘Suicide Squad (2016).

In social networks, and more precisely on Twitter a fan has posted a video of an interview of Margot with Jimmy Fallon, which took place in 2015. The actress has had to answer a question, but could not disclose the matter in question. In such a game saidbetween laughter: “No, I can’t reveal this question. I can not, absolutely not. I can give you the answer, and the answer is “Will Smith'”.

“Wait. What is something ‘the Suicide Squad’? How does it die? Dies in ‘Suicide Squad’?”, he asked quickly, Fallon. However, it has not been a success and the actress has not responded. And what is certain is that the character of Will Smith survives in this film, so the question that Robbie has responded was another…


As if outside little, in those times, the leaked photos of Will Smith and Margot Robbie quite challenging, as it can be seen with a little bit of clothing, and in an unusual situation.

What season of Dark you liked the most?

Atomic Blonde 2: a sequel with Charlize Theron on Netflix?

Tom Hanks and wife are diagnosed with coronavirus: “Let’s be isolated”